10 Amazing Festivals Around the World

Plan your dream vacation to coincide with one of these international festivals.

Want your vacation with a side of local culture and unforgettable experiences? These 10 festivals are the perfect excuse to take that once-in-a-lifetime trip.

If you love the performing arts, the king of all fringe festivals takes place each August, when Scotland’s capital city lights up with over 40,000 performances and 3,000 distinct shows. One of the largest arts festivals in the world, artists from nearly 50 countries bring their creativity; expect concerts, plays, ballet, opera, comedy shows and more. Be sure to stroll the Royal Mile to watch colorful street performers against a stunning backdrop of Georgian townhomes, Gothic alleys and majestic castles.
When: August
Where to stay: Sheraton Grand Hotel & Spa, Edinburgh

Pack your Bavarian garb and lederhosen and head to the birthplace of the famed Oktoberfest. Beer-lovers rejoice: An estimated 1.8 million gallons of brew is consumed during this this 16-day event. Once the festivities kick off with the “Official Tapping of the Keg” by the Mayor of Munich, patrons are free to enjoy a stein (or five) at the numerous tents. Grab a side of hearty authentic German fare like sausages with sauerkraut, warm soft pretzels and apple strudel. Get a bird’s eye view of the celebration atop the Ferris wheel, or enjoy one of the many other rides at the onsite amusement park.
When: Late September through the first weekend of October
Where to stay: Le Méridien Munich 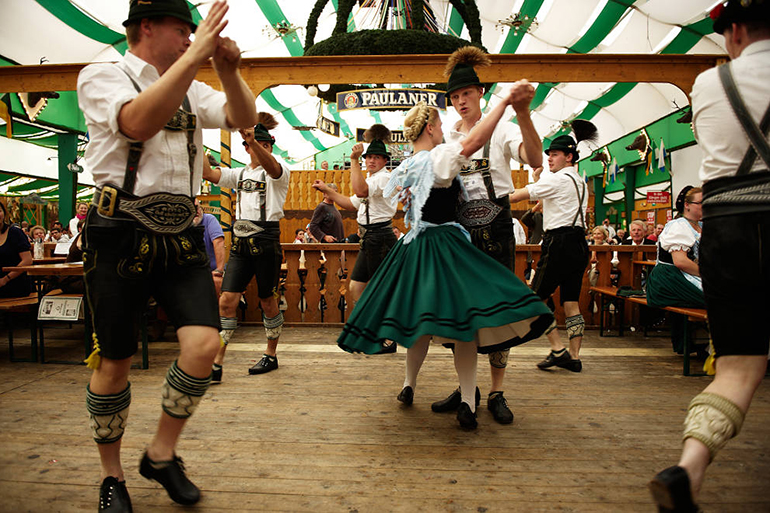 Ready, aim, fire at this tomato-throwing festival, the largest free-for-all food fight of its kind. Over 20,000 people show up to chuck nearly 90,000 pounds of overripe fruit at each other. But good ol’ messy fun isn’t the only reason to attend: the weeklong festival also features music, parades, dancing, fireworks and a paella-cooking contest.
When: Last Wednesday of August
Where to stay: The Westin Valencia

Taste your way around the world at this grand culinary adventure. Featuring nearly 30 international food and beverage marketplaces, plus a variety of signature dining experiences with world-renown chefs, culinary demonstrations and beverage seminars. Don’t miss the Eat to the Beat concert series with nightly performances by popular hit-makers. With so much to see and do, you can come back to the festival again and again — and discover something new each time.
When: September — November
Where to stay: Sheraton Vistana Resort or Sheraton Vistana Villages
Search availability

This art festival is held annually in its originating city of Basel, Switzerland, as well as Hong Kong and Miami Beach. Travel to the latter four-day festival to experience a diverse global gathering of the art community’s crème de la crème — from international galleries to local emerging stars. The main event takes place at the Miami Beach Convention Center but there are also more than 25 satellite art fairs nearby. Visit the modern and contemporary shows to view (and purchase) paintings, sculptures, drawings, installations, photographs, films and so much more.
When: First weekend of December
Where to stay: W South Beach 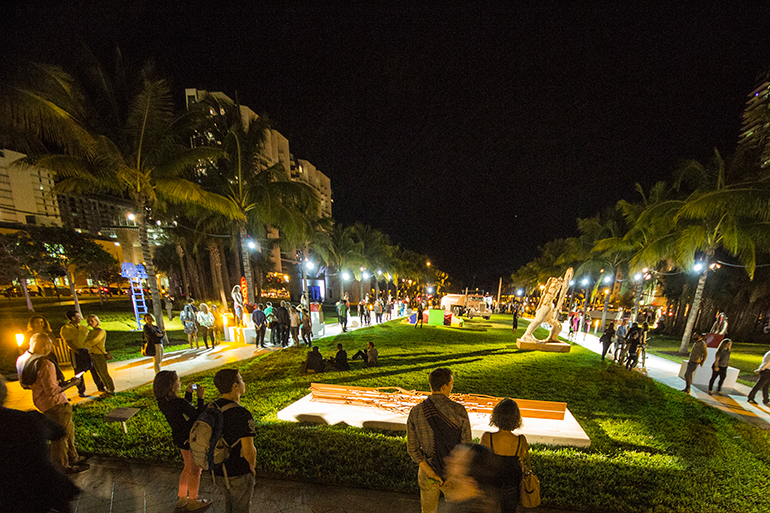 This traditional Mexican holiday (translated as Day of the Dead) honors family and loved ones who have passed on. Colorful decorations, costumes and painted faces can be spotted all over town. Sugar skulls, brightly decorated and placed on graves and altars in remembrance, are also an iconic image of the festival. To join in the festivities, head to Xcaret theme park in the Riviera Maya for the annual Festival de la Vida y la Muerte (Festival of Life and Death), including parades, art exhibitions, concerts, regional theater and dance performances, traditional cuisine and sweets, Mayan rituals and more.
When: October 31 – November 2
Where to stay: The Westin Lagunamar Ocean Resort Villas & Spa
Search availability

Things heat up every February in Rio: Not only is it the hottest month of summer, but Carnival, one of the world’s most famed celebrations, is scorching its way through the streets. Over one million visitors flock to the sexy pre-Lenten party each year to carouse in the streets, bars and clubs around the city. The five-day festival culminates in the not-to-be-missed Sambadrome Parades, where spectators can watch samba schools outdo each other with sparkly, skimpy costumes, ostentatious floats and killer dance moves.
When: The weekend before Lent begins, usually late February
Where to stay: Sheraton Rio Hotel & Resort 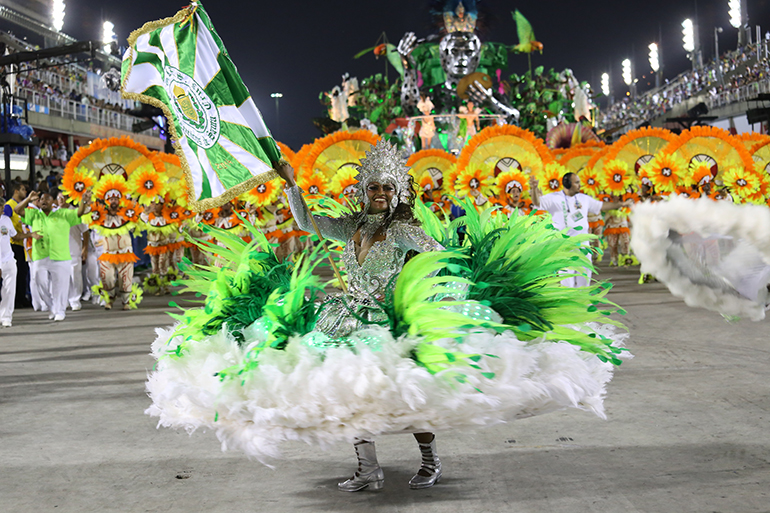 Punctuated by emerald green, shiny gold and royal purple, Mardi Gras is a tradition first celebrated in France, and established in the 1800s in the convivial city of New Orleans. French for “Fat Tuesday”, Mardi Gras is a time to party hearty and enjoy your favorite decadences in the days before the beginning of Lent. Expect plenty of beads, masks, parades and king cakes as thousands gather on Bourbon Street for the festivities. As they say, Laissez les bons temps rouler! (Let the good times roll!)
When: Late February or early March. The main event, Fat Tuesday, is always the day before Ash Wednesday, which falls 46 days before Easter Sunday. Parades begin a few weeks prior.
Where to stay: W New Orleans – French Quarter

On the holiday where everyone’s Irish, why not head directly to the Emerald Isle for the authentic experience? The capital city takes the celebration seriously, stretching the green-beer shenanigans into a four-day festival. The highlight of the event, the festival parade, takes place on the actual holiday and features performers in colorful costumes, marching bands and traditional Irish dancers cavalcading through the streets. Don’t miss a stop in the Guinness Storehouse for a pint; its Gravity bar offers panoramic views of the city.
When: Yearly changing dates, centered around March 17
Where to stay: The Westin Dublin 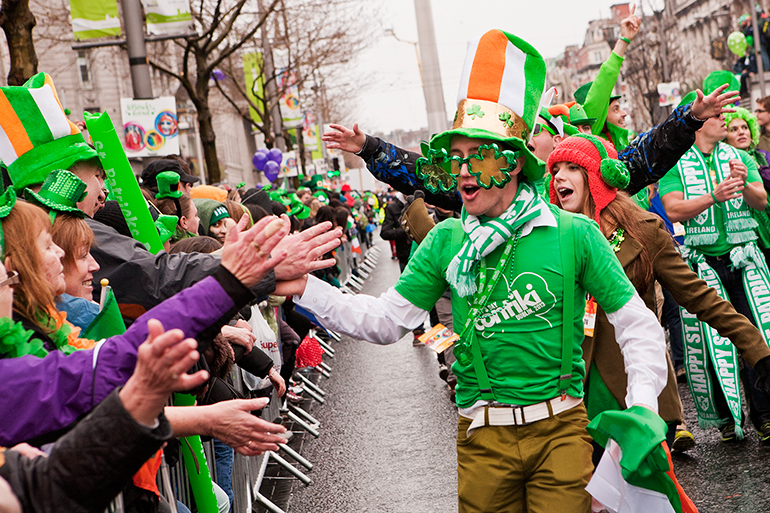 Bahamians know how to party, as evidenced in this lively expression of art and culture. Celebrated on both Boxing Day and New Years Day, the latter features a huge parade where groups dance along Bay Street in elaborate costumes, playing goatskin drums, horns, cowbells and whistles. This “rush-out” parade generally takes place from 2 am until 10 am, but the hypnotic rhythms and high energy keep spectators dancing into the wee hours. Can’t make it to the Bahamas over the holidays? Due to popular demand, the Junkanoo Summer Festival is a recently added event to keep the party going all year.
When: December 26 and January 1; July
Where to stay: Harborside Resort at Atlantis
Search availability

BOOK YOUR NEXT VACATION