Make the Most of These Myrtle Beach Attractions

Step out for a night on the town with these entertainment options.

Vacationers flock to Myrtle Beach for the beautiful beaches and friendly hospitality, but the “Grand Strand” is also renowned for live entertainment. Expect everything from theatrical productions, concerts and dinner shows to high-energy variety shows featuring some of the region’s freshest talent. Marion Adam, concierge at Sheraton Broadway Plantation, shares the hot tickets.

Return visitors to Myrtle Beach especially enjoy seeing the latest offerings at the majestic 2,600-seat Palace Theatre. Also located within Broadway at the Beach, the Palace offers two unique shows this season. Hot Jersey Nights celebrates the enduring music of Frankie Valli and the Four Seasons, and the touring production Carnival of Magic wows with spectacular illusions, special effects and elaborate scenery. The venue also hosts Broadway shows and concerts throughout the year.

Direct from Las Vegas, Legends in Concert lives up to its promise as “The World’s Greatest Live Tribute Show.” Performers re-create some of the most enduring musical stars of all time, looking and sounding like icons from Elvis, Dolly Parton, and Whitney Houston to Madonna, Michael Jackson and the Temptations. See five to six legend tributes at shows from February through December at the award-winning entertainment complex Broadway at the Beach. 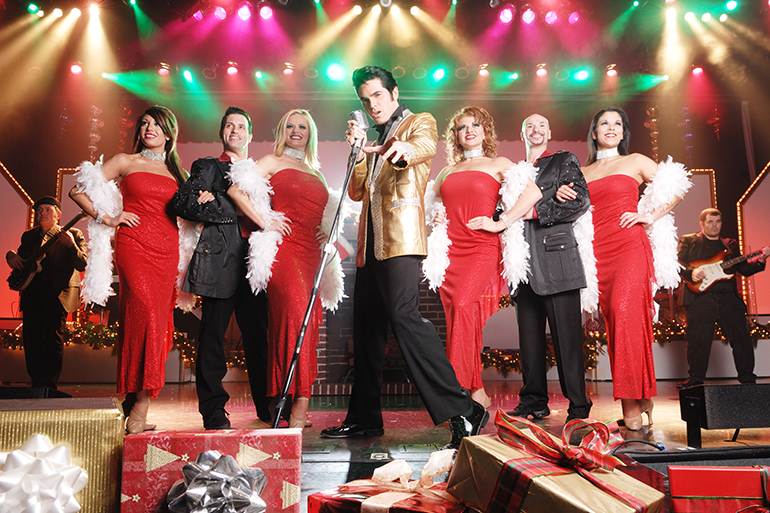 Looking for a unique family evening that’s sure to please the crowd? Whether celebrating a special occasion or just sharing a fun experience you’ll never forget, there’s nothing like dining together in a reimagined 11th century castle. At Medieval Times in Myrtle Beach, you’ll feast like royalty from ringside seats while watching an entertaining epic of jousting, horsemanship and falconry unfold in the arena below. 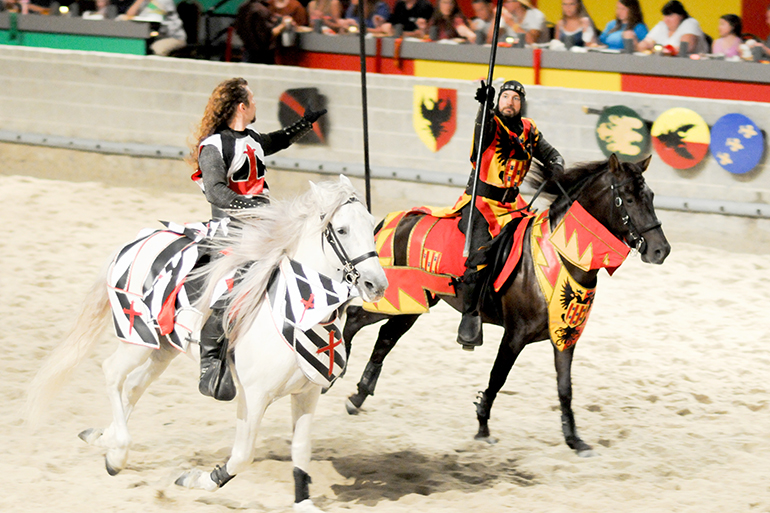 This is the place that put Myrtle Beach on the country entertainment map. Born from the musical mind of singer/songwriter and pioneer Calvin Gilmore, the highly acclaimed Carolina Opry has earned accolades in national media from USA Today to CNN, and several cast members have even appeared on America’s Got Talent. The musical showcase includes a medley of country, pop, gospel, Broadway, and jazz, while serving up plenty of comedy and dance, too.

The 2,200-seat theater is also home to Calvin Gilmore’s newest show, Good Vibrations!, which rocks and rolls through the glory days of American popular music. You’ll be singing along to unforgettable favorites of the 60s, 70s and 80s with the same talented cast of The Carolina Opry.

Soulful standouts from the realms of blues, jazz, gospel and rock make their way to the House of Blues, Myrtle Beach. Headliners from Norah Jones, Edwin McCain and Counting Crows to Keith Urban, Hootie & The Blowfish and Chris Isaac are among the many who have played here. The hip setting also hosts its legendary Sunday Gospel Brunch, Teen Dance Night and Murder Mystery Dinner Theater.

Get tickets, exclusive discounts and more recommendations for Myrtle Beach shows and attractions.